Has Burgeoning Growth Caused Increasing Frauds in Indian Micro-Finance: Do the Regulators and The RBI Sub-Committee Need to Carefully Examine this Relationship?

Ramesh S Arunachalam
Rural Finance Practitioner
If the desire for the ‘burgeoning growth’ in Micro-finance in India resulted in multiple loans to (perhaps helpless) clients and (inadvertently?) caused havoc in some of their lives, this rapid growth also appears to have had another serious impact on Indian micro-finance – increasing operational frauds. This is something that certainly merits the close attention of the RBI and its Board Sub-Committee, which is currently looking at issues related to micro-finance in India
The following exhibits (Figures 1, 2 and 3 - Please click on document below to open a full size document for better readability), which are reproduced from financial statements[i] of few leading and growing MFIs[ii], indicate serious and increasing frauds in MFIs as per their own financial statements. 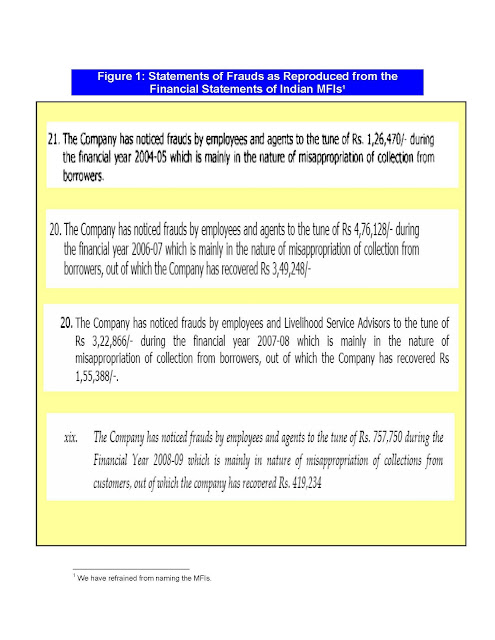 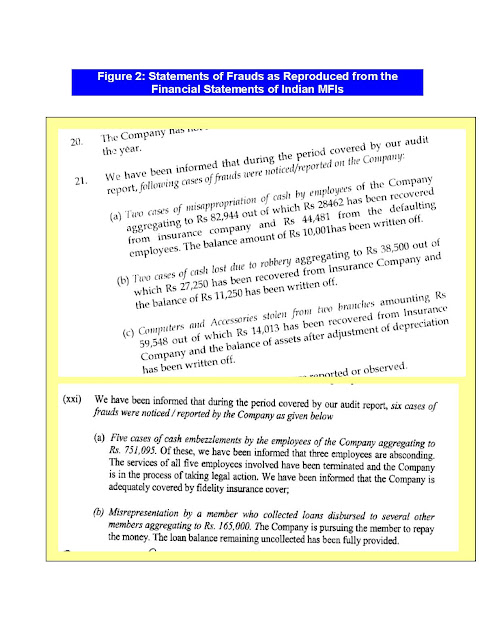 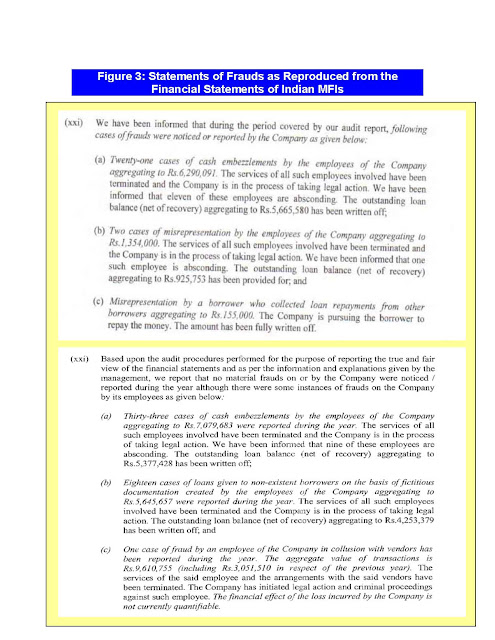 From the above figures, it is quite clear that ‘non-existent clients’ and ‘misappropriation of client repayments’ are 2 major types of operational frauds that have (increasingly) happened with this turbo charged growth. Other kinds of frauds are highlighted in Figure 4 ((Please click on document below to open a full size document for better readability) 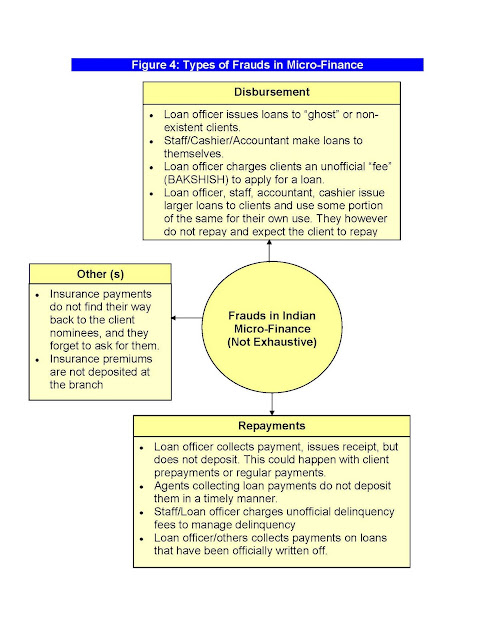