Why Did Several Top Indian MFIs Grow Very Rapidly During April 2007 to March 2009: 4 Scenarios for Hypothesis Testing By The Reserve Bank Of India Board Sub-Committee on Micro-Finance!

Ramesh S Arunachalam
Rural Finance Practitioner
I have been wondering about the causes of the burgeoning growth experienced by MFIs in India during the last few years and have had this nagging question, at the back of my mind, for almost 3 to 4 months:
ð   What caused MFIs to grow at such rapid rates?
ð   Specifically, what made them add a very significant proportion (often greater than 2/3rds) of their total end march 2009 client outreach, during the period April 2007 – March 2009?
Please see data in Tables below, which are self-explanatory. They have been compiled from http://www.mixmarket.org/ 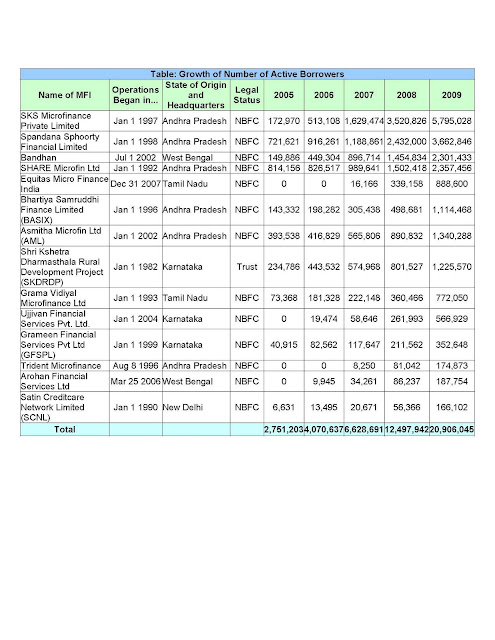 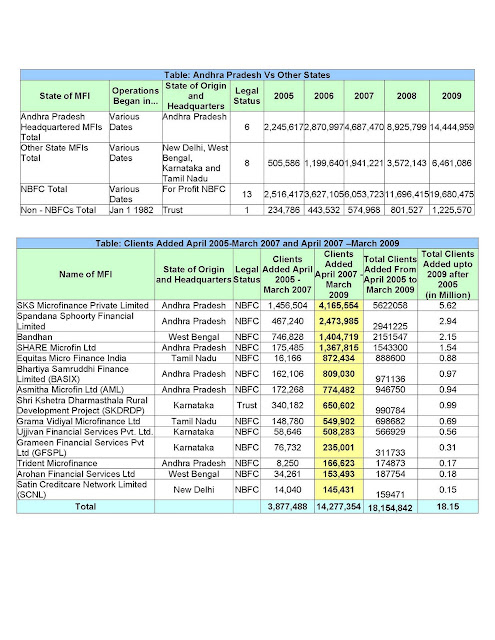 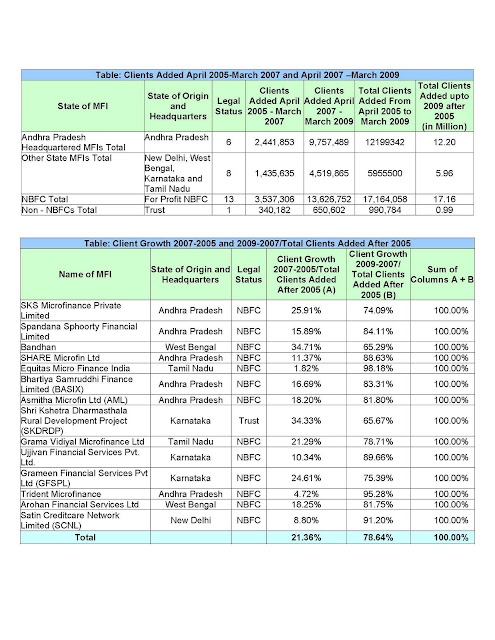 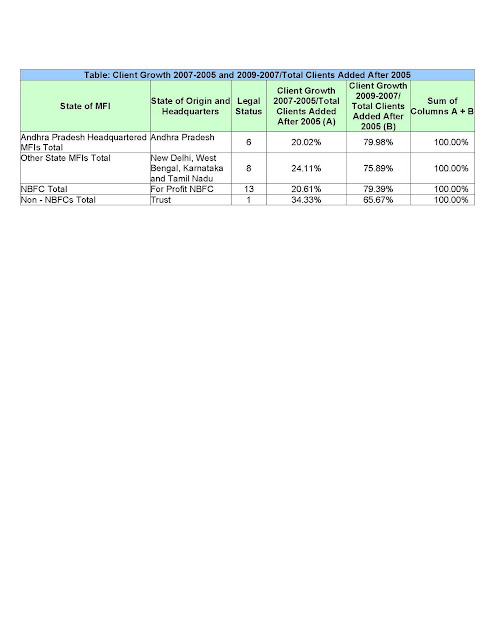 [1] While the above are all serious possibilities, the lack of reliable and valid data prevents us from making a conclusive argument. For example, I have been struggling, despite my deep-rooted contacts in the Indian micro-finance industry to get reliable data on how bank lending to the micro-finance industry in India grew in the same period. Likewise, it has also been extremely difficult to get accurate information on the various equity deals that happened in Indian micro-finance during the last few years. I am close to finishing this and will post separately on the same, as and when credible data becomes fully available
Posted by Ramesh S Arunachalam at 7:48 AM